Currently there are some 950,000 people living in Tenerife permanently. Over half of those people live in Santa Cruz and the adjoining suburbs and metropolitan areas.

Tenerife attracts more tourism than any of the other Canary Islands. This island is full of interesting landmarks. Here there are great beaches, national parks and the awesome Mount Teide Volcano. Below is some information about some of the best attractions and things to do in Santa Cruz de Tenerife.

Playa de las Teresitas is one of the better things to do in Santa Cruz for it’s uniqueness alone. This is the only white sand beach on the whole of the island of Tenerife found in the small town of San Andrés. The white sand here comes from the Western Sahara Desert. The Sahaha lies several hundred miles to the east on the African mainland.

Las Teresitas is by far the most popular beach in Tenerife and one of the most beautiful. The small dam breaks the waves to protect the imported sand from being washed out to sea. This beach measures around 1300 metres in length and 80 metres in width. Las Teresitas has a large car park and the beach itself is one of the best equipped on the island. Here there are several bars for refreshments, toilets and changing facilities. Visitors can spend the whole day here without leaving if they wish.

Mercado Nuestra Señora de África roughly translated means “Market of Our Lady of Africa”. This market is also referred to as “La Recova”. Opened in 1943, La Recova is the number one place to buy fresh food from the Canaries and all over the world.

The main foods on offer here are fruits, vegetables and various types of meat and fish. Here you will also find many typical market products. Mercado Nuestra Señora de África is set on two levels with a beautiful courtyard in the centre.

This market combines the old Canarian culture of the island with the new. This market also adds the latest products from around the world on a regular basis. La Recova is open every day during the week from 6 am – 2 pm apart from Sundays. The market opens at 7 am on Sundays. Its highly recommended to arrive before 12 pm. Much of the produce will be gone if you do not arrive in the morning.

The Museo de la Naturaleza y el Hombre gives a fascinating insight into the history of Tenerife. This museum contains artifacts related to the volcanic origins of the island. You can also learn about the native “Guanches” tribe who were the first to settle here.

There is a lot of information about the Archaeology of Santa Cruz and Tenerife in general. Life Sciences and History are the most interesting subjects in this museum.

The mummified Guanche is one of the leading attractions of the museum. There are useful videos that depict some of the ancient customs during that time. Tickets are a mere 5 € with the option of paying a little extra for a guided and narrated tour. Most of the artifacts are not translated to English. Bringing a Spanish – English dictionary may be a good idea. 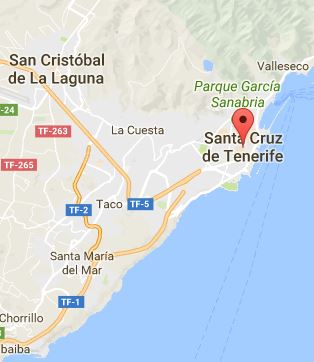