Gran Canaria is the second most popular of the Canaries although some would argue this. This island welcomes over 3 million visitors each year. The name of this island translates to “Great Island of Dogs”. This name comes from the huge Canaria Mastiff breed of dog.

Gran Canaria has a population of 850,000 inhabitants, only Tenerife is larger than this. 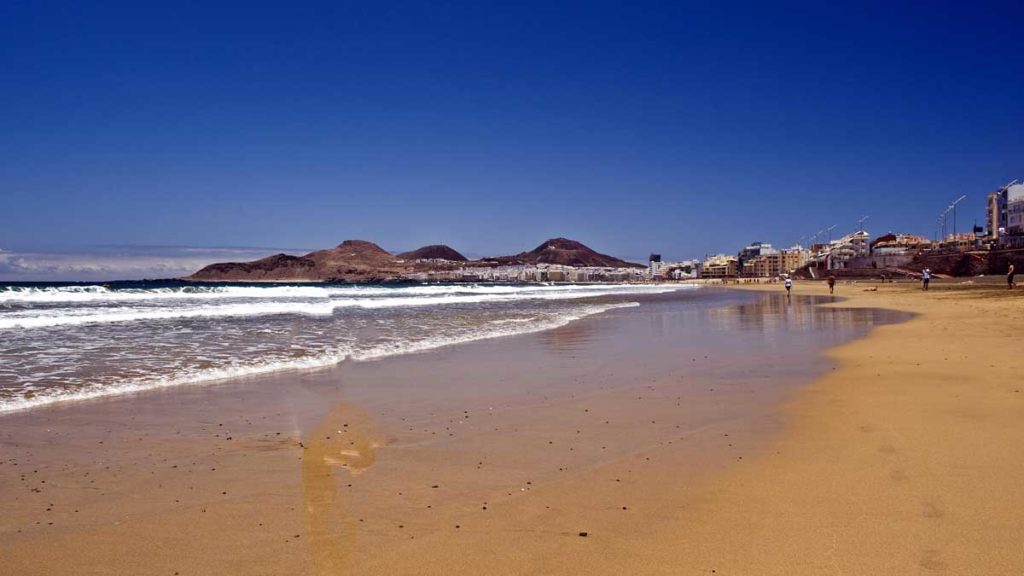 Close to 400,000 or 45% of all inhabitants live in Las Palmas de Gran Canaria. Las Palmas is the capital city of this island and joint capital of the Canary Islands.

This island is particularly popular with Spaniards and northern Europeans. The Brits, Irish and Scandinavians all flock here for the super climate. Gran Canaria is well known for being a leading warm weather European destination during winter, especially early in the year.

What To See & Do In Gran Canaria

Below are many of the best attractions and things to do in Gran Canaria to keep you busy when you visit.

Roque Nublo has an elevation of 810 metres above sea level and is well known for it’s sea of clouds. The clouds and the mist around Roque Nublo makes this peak unique. They seem to disappear and re-appear if you are looking up from the ground. Another well known peak is Roque Bentayga, close to this peak are the Cuervas de Rey (Kings Caves). Most of these peaks are properties of cultural interest and part of Spanish Heritage.

When to go? – April
You can experience some of the best atmospheric weather conditions in April but these clouds may obscure your view to Tenerife. 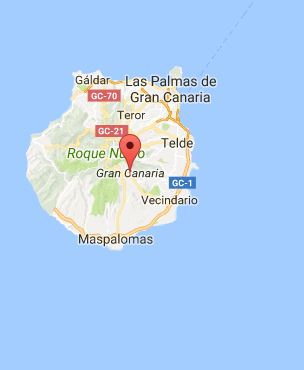 If you would like to take in some of the local culture then head to Pueblo Canario. This charming village is a recreation of a traditional Canarian village of old. You can find this village in Doramas Park in the capital Las Palmas. Pueblo Canario hosts regular live music shows and performances from old Canarian folklore.

A few points of interest here are the Néstor Museum and the church of Santa Catalina. You will love the colourful costumes worn by the locals and enjoy some amazing local cuisine.

Palmitos Park in Maspalomas is a super family day out if animal shows is the sort of thing you enjoy. The dolphin grandstand alone has a capacity of 1500 spectators. Palmitos Park holds the dolphin shows twice daily. There are several beautiful nature parks here also. These include the Butterfly park, Cactus Park and Orchid Park.

This popular attraction is one of the top things to do in Gran Canaria. We have prepared an extensive guide to Palmitos Park which provides much more details at the bottom of this page.

Jardín Botánico Viera y Clavijo lies in Tafira Alta in the northeast of the island. This area is 7 km’s south of the capital Las Palmas. This beautiful garden is a collection of plant species endemic to Gran Canaria and other Canary Islands. Some species hail from different Macaronesian islands such as Madeira and Azores.

The Botanical Garden opened in 1959 and has been a leading attractions ever since. Covering an area of 27 acres, the garden houses are 500 types of different cacti and succulents. There is a beautiful waterfall and pine forest among it’s points of interest. You can pay a visit here every day between 9 am – 6 pm.

When to go? – March
A good time to see this garden in all it’s glory is the end of March as spring begins.The climate tends to be quite a bit warmer than previous months.

More Things To Do In Gran Canaria

There are many more fantastic attractions and things to do in Gran Canaria. Below are a few more that may interest you or feel free to visit some of our other resort pages. These individual pages go into more detail about what you can find in each area.

The ancient town of Vegueta lies in the capital Las Palmas de Gran Canaria. Another historical Canarian town that dates back to the 15th Century. This is another great place to take in the local culture and enjoy some delicious tapas. La Vergueta has many tapas bars restaurants and magnificent architecture.

The major points of interest include the Columbus Museum and beautiful cathedral. The quaint shopping street of Mayor de Triana is where most tapas bars are. Please remember your camera or you will likely regret not bringing it.

Gran Canaria has over 80 beaches and some fantastic resorts to visit. Many of the beaches lie on the east and northeast coasts of the island. The west coast is much more rockier and greener. Playa de las Cantera is one of the better beaches located in the north. The popular Maspalomas lies on the southern coast.

Where you find the beaches here is usually where you will find the nightlife. The resorts of Maspalomas and Playa del Inglés is where people head for the nightlife. Perfect for families Puerto Rico is another super resort on this beautiful island.