The average yearly temperature is around 21 Celsius. This island tends to get more rain than some of the other Canaries. The coldest months are December, January and February. The average temperature during these months is between 18-19 Celsius.

The winter months tend to see more rain than other months but the temperature is still mild. The Sea temperature rarely drops below 20 Celsius. The two exceptions will likely be in February and March.

The hottest months here are July, August and September. The temperature will often exceed 30 Celsius and on occasion get close to 40 Celsius.

Most of the summer months have recently recorded temperatures that exceed 40 Celsius. It should be no surprise if you decide to visit during the hotter months. The spring and autumn months are close to ideal for most people. There is more rainfall around but the temperature will always remain warm.

The weather in Playa de las Américas and Costa Adeje is the best in Tenerife. The southwestern resorts enjoy a super micro-climate thanks to Mount Teide. This massive volcano tends to bear the brunt of any bad weather.

The colder northern winds do not affect the southern resorts as much. Teide acts as a shield which helps to keep the temperature warmer. The southern areas also see far less rainfall than northern Tenerife as a result. 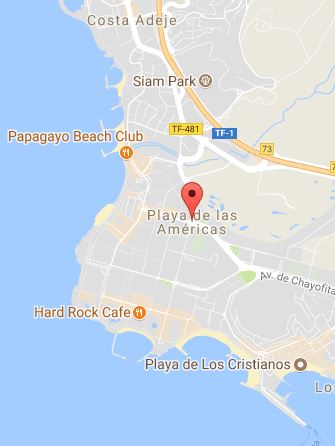 The chart below shows the weather in Playa de las Américas for each month. You can also see what temperature to expect when you visit. 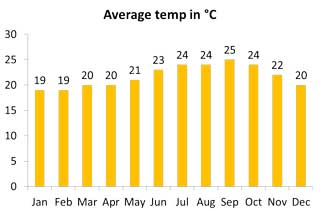