Home Lanzarote Climate Lanzarote Weather January 2022, How Warm Is It?

The weather in Lanzarote in January is reaching it’s coldest yearly level as we hit the midway point of winter. January is actually the coldest month of the year as it is for most of Spain. The following month February is very similar to January in terms of temperatures.

The average outside temperature now falls to 17 Celsius. This is a sharp drop from the much warmer 19 Celsius on offer during December. Be that as it may, January is still one of the top months for tourism in Lanzarote. Much of northern Europe will be experiencing sub-zero temperatures during this month.

Weather in Lanzarote in January

The weather in Lanzarote in January will yield a daily high of 21 Celsius and a low of 14 Celsius. This island has seen a record high of 28 Celsius during January. The all time low is a chilly 8 Celsius which will seem cold to most people that live here.

It tends to be warmer here around the middle and towards the end of the month. You are likely to see the temperature hit 20 Celsius for several days at least. February will see a gradual increase in temperature each month until August. There are plenty of days of sunshine on offer while others will be more overcast.

January tends to see around 3 days of rainfall during the month. The precipitation level can be quite high when rain does arrive. Only the months of February and December see more rain with the latter seeing double that of January. It’s still common to see plenty of activity on the many beaches this island is famous for. 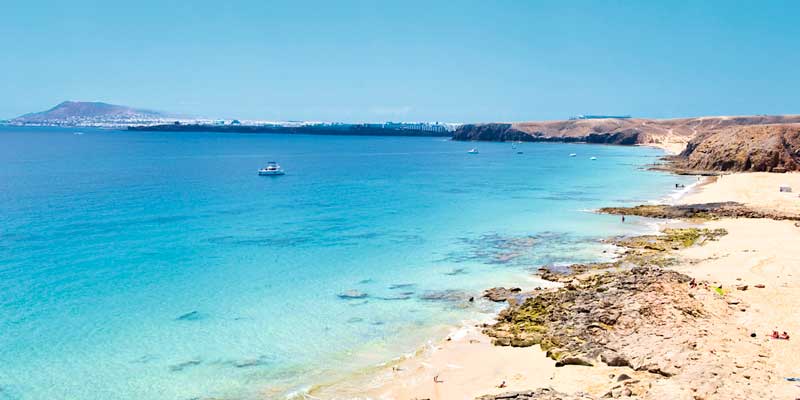 The Sea temperature falls to 19 Celsius in January from 20 Celsius in December. This may be on the cool side for many but you are sure to see swimmers on warm days. You will also see plenty of surfers and windsurfers on the superb beaches on windy days. February and March see the Sea reach it’s year low of 18 Celsius. The temperature will then peak at 23 Celsius between the months of August until October before falling again. You can check this useful resource for current and monthly Sea temperatures prior to your visit.

Resort Temperatures for Lanzarote in January

Below are the average temperatures for some of the top resorts in Lanzarote. These include climate conditions in Costa Teguise, Puerto del Carmen and Playa Blanca.

January For Other Islands

Hours of Sunshine in January